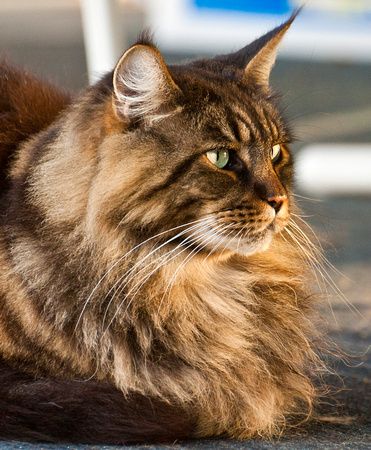 I wanted a Maine Coon with a good background so I got him at Coonpals. He has fur like raw cotton and a great disposition. He has passed the size but not the weight of the other Maine Coon.

He adopted the German Shephard when she arrived and they have become great pals!

Maine Coons were originally favored as the best "mousers" and adapted that skill to the lizards of Florida.

Certain lizards, like the five-lined skink, will sicken or kill a cat if eaten. Convincing Smokey to let go of his captured prize would be funny if filmed!