In 1932 Colonel Touhy operated the Silver Springs attraction. He wanted to add some attractions so he sent to Cambodia for some monkeys to put on Raccoon Island.

The plan would allow his glass bottom rowboats to bring visitors to see the Rhesus Monkeys, on the island, as part of his tour of the wilds of Florida!

The flaw in his plan was that Rhesus Monkeys love to swim! They were gone by the next morning!!


2013 Good News! {for now!} The Dark Service has stopped allowing the trapping of the Rhesus Monkeys in Sliver Springs {aka Silver River State Park. }

Turns out one chap from South Carolina had the one and only "permit" too capture the monkeys which cost him $150.00. Why spend your time catching monkeys? He sold them for a reported $7500.00 each for "research!"


Same old story "Somebody musta got a bass boat and a new hunting rifle" outta that process!!

"The recently returned public records also reveal that the potential threats posed by the wild monkeys to the health and safety of park visitors, and the negative impacts on native species, have been overstated."

"Overstates the threat" Damn! that sounds familiar!! We need a Park Service - We do not need a Dark {Ops} Service that serves it's management and not the visitors!


I'd suggest using the email link at the bottom of the article to reinforce the ban on "removal!" 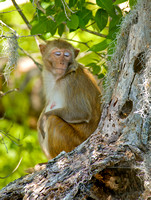 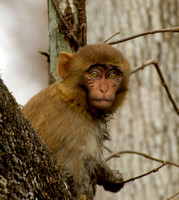 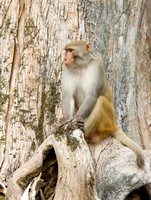