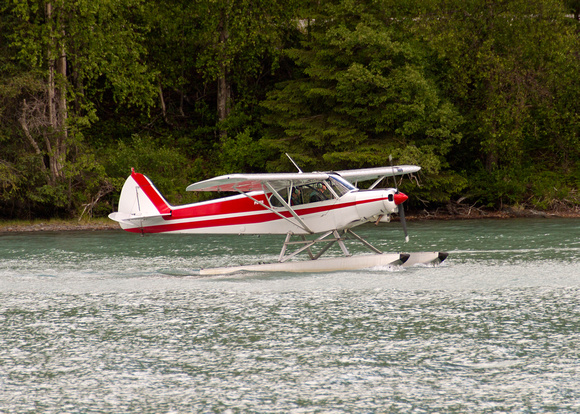 The lake at Moose Pass has a flight school so you can learn to fly and land on the water - with the rest of the bush pilots.

Alaska has few roads, so the bush pilot, fills a need for transportation. If you live, in one of the remote villages, "da plane" brings everything to you ...at ~$500.00/ hour for flight time!!!!

Piper ceased production of the Super Cub in 1991 but Cub Crafters of Washington still manufacturers the airplane to this day.

In addition to Cub Crafters, there are approximately 10 different “kits” of the Super Cub offered by various companies for people who are willing to build their own Super Cub.


Piper is still in business and sells a wide range of aircraft.