The Florida Bobcat is the only widely available feline, in the wilds, of the state. http://en.wikipedia.org/wiki/Bobcats

The Florida Panther is highly endangered and rarely seen. Most folks, that work in the outdoors, claim to have seen a panther!!

The Bobcat can be mistaken for the larger cat because of distance errors and the tail that can be 20' in length. The Bobcat is 43-40 lbs when full grown.

Lesser known, is the Jaguarundi. The cat was "introduced to Florida near Cheifland, by a writer , early in the 20th century. It would easily be seen as a panther!

The bobcat is active from dawn and for three hours after dawn, then again, three hours before Sunset until Sunset.

Camo-up and good hunting! ( with a camera or binoculars -of course!! ) 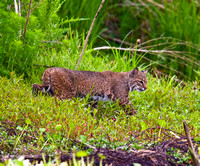 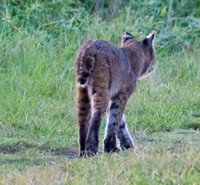 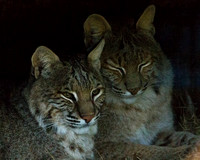