It's a sad day to report that the bison herd has been "removed" and will never be a herd again. The gross exaggerations of "aggressive behavior" was restated in forgone's last TV interview with Channel 20.

The total cost of the operation will never see the light of day! Rumor, guesstimation, and speculation: $50,000.00 to 75,000.00 to remove ten bulls. Impact on the rest of the animals Priceless!! ..It also proved to be a conservative estimate!!!

What's next? The bison are "corralled" at the Hickory Ranch on CR234. They are out of view and will remain "corralled" until deemed OK to release them.

A census of the animals captured, held and delivered to the "sanctuaries" is yet to be revealed.

But then the People that Protect us and the Prairie have stated the goals for the Wild Spanish Horses or "Cracker Horses." { note: that "heritage" is removed by refering to the horses as "cracker."}

"It is recommended that the cracker horse population be stabilized at current
levels using physical sterilization or removal of the stallions and maintenance
of a female and gelding herd."

"The target population size for the cracker horses will be between 10 and 30 horses.". Oh yeah - don't forget "gelded" which meand destruction of the herd.

Can you imagine the folks that sat down to decide how to best develop the Assateague and Chincoteague areas of Virginia.

They took the area's Wild Horses and developed a plan that has brought tens of thousands of visitors to the area. It has made the area a tourist destination {aka: jobs!. }

Contrast that to the plan put forth by forgone and the other People that Protect us and the Prairie. They would "minimize" the presence of the heritage animals, that are no less than an attraction, than the Wild Horses of
Virginia and Maryland. http://www.assateagueisland.com/

It is beyond their vision, to recognize the value of the herd to the community. We will now hear two years of propaganda ~ illustrating the evil horses and the death of prairie ecosystems if they too are not "gelded" and removed "for our safety!"

The number of "gelded" politicians that ran, ducked for cover or waffled on the topic has been amazin'. I wonder if one of those running could chat with the successful folks that put the attraction of the wild horses to advantage.

The April 2013 follow-up piece, by Channel 20, just came to my attention The topic was the Paynes Prairie Bison -One Year Later!

It was a rather shallow article with limited facts and then only as presented by the Florida "Dark Service" Manager and his contractor.

Laughable!! was the phone conformation and acceptance of the four "sanctuaries" { also known as members of the meat industry!} assurances that all the animals were still well!!

The video offered a fluff statement by Jowers, which cited the previously presented propaganda, and a year old interview with Jere Herrington for a "fair presentation" of the other side.

I'll not go to the previous - but point out the revelations that 54 bison remain on The Prairie. a total "removal" number is stated as "26 Paynes Prairie Bison." Only the 6 Bulls were to be removed now we hear that cows were included.

The stated "number of bison re-released" was given by several sources as 66 animals. The same sources stated that 6 bulls were sent to Hajo's "farm." My guesstimation, at the time, was that 70-72 bison were on the prairie. Shell game?

The point is did we give away the proverbial store?? Show me the accounting for the bison"removal" operation. Show me the money!


Hundreds of thousands of dollars were spent by several agencies to "remove" and there is the lost profit, from the bison, ( and the Heritage Horses!) with little or no public accounting.

Let's hear the justification from the "underfunded" Florida "Dark" Service Managers for such largess!

Other than that things are just wonderful on Paynes Prairie! Just like the "Florida Dark Service Managers" spin the tale that they tell us!

The one remaining bull ran from the low-flying helicopter with the blaring "horn." Not a pretty sight- they said.

Horses and white deer ran, in distress and the remaining Sandhill Cranes scattered!

I listened to a tearful account of the bedlam caused by a "whatever means and whatever it takes" approach to Prairie Management! Pains Prairie Preserve!

The bison herd has been rounded up at great and undisclosed expense to avoid adverse publicity. I think it's called "full-disclosure."

I'll wait to see the report.

The Park Service has promised to enhance and repair the fences to reduce the possibility of a "roam."

The Rocky Point area is adjacent to SR441 and the site of the "last bison killed" in Florida.

The critical "Rocky Point" "exit" is promised to have the "enhanced fencing" completed by this Spring (2011.)

Private individuals have offered to raise funds, construct the fence and assist in the repair of the perimeter fencing so that the reasons to "remove" the bison are reduced.

The Park Service has stated that the "enhanced" fences are completed. 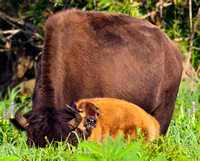 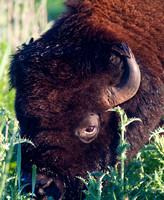 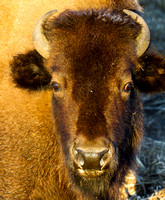 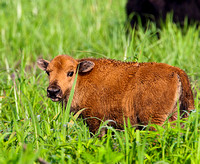 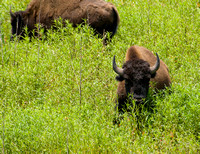 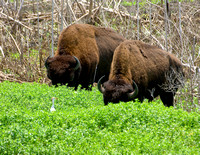 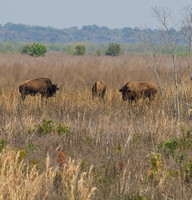 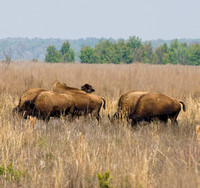 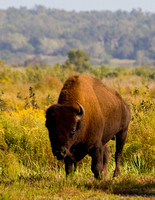 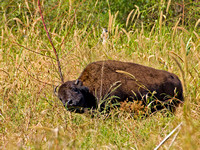 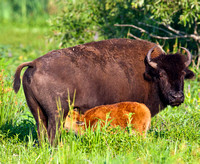