The black bears are normally quite passive and coexist with people as long as they have good cover in the area. Feed them and you have a very large friend that comes by regularly!

So the folks that protect us decided that a bear hunt would solve this problem ...and the hunting community agreed. Nothing wrong with managing the size of the bear population but bull sh*t often replaces reason and this appears to be the case.

1. The hunting took place in areas other than the populated areas of interaction.
2. the hunt accomplished it's stated goals in hours {prior tracking pays off!}
3. the people feeding the bears in the areas that started the bear hunt solution continue to feed the bears!
4. The active folks saw through the ruse and protested the 2016 bear hunt and it was called off { election year!}

It will now be decreed that there are too many black bears so we hunt ~ rather than too many fools that feed bears and leave there trash cans out to attract them.

Bear 101: no food no bears
Bear 102: no food bears leave the area!
Bear 103: The folks that protect us are controlled by the politicians that delude us!!! { again see: election year!}
~~~~~~~~~~~~~~~~~~~~~~~
The black bears are thriving in the Ocala National Forest but the road kill is a great concern. Unfortunately Black bears are black and at night offer little warning.

We have observed bears that look both ways before crossing the highway! That will affect the bear count because the statistics include road kill. But if they learn proper road crossing safety???

Also see" Backyard Bears and Trail Camera Creatures on this website for trail camera videos and pictures of the backyard antics of Florida's Animals.

The Bears of Alaska are in the Alaska - Wildlife Folder

Update 2013: They're also "surviving" in Silver Springs where the yet to be opened Indian Lake and the surrounding community are frequently visited ( so are any trash cans left out!)

Update 2014: The bear tracks at Indian Lake are gone from the lake and adjacent areas! The bears moved on after the park was opened and visitor presence increased.

Local residents moved the trash cans into the garage, which reduced their presence in the community, but a bear walking through your yard at night is still a normal evening!

The Large Kodiak Bears have had a tough time getting to the Silver Springs Park where they are now cared for with dignity and concern.

Watching a 1200 lb bear stare at a twig that he brought from the bottom of his pool is special.

But "removed!" The Park Sevice removed all animals as a condition of taking over operation of the Silver Springs attraction in 2013.

The best information I have is that the bears will live out their remaining life in the sanctuary of the Busch Garden in Tampa, Florida. 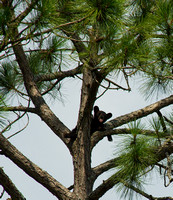 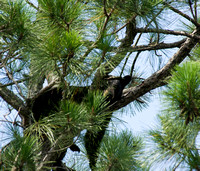 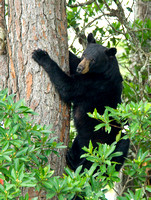 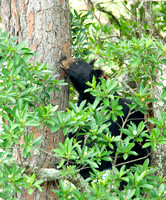 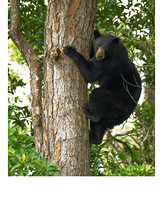 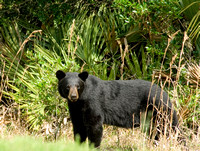 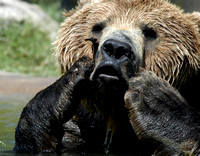 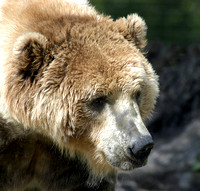 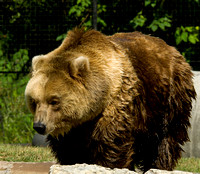